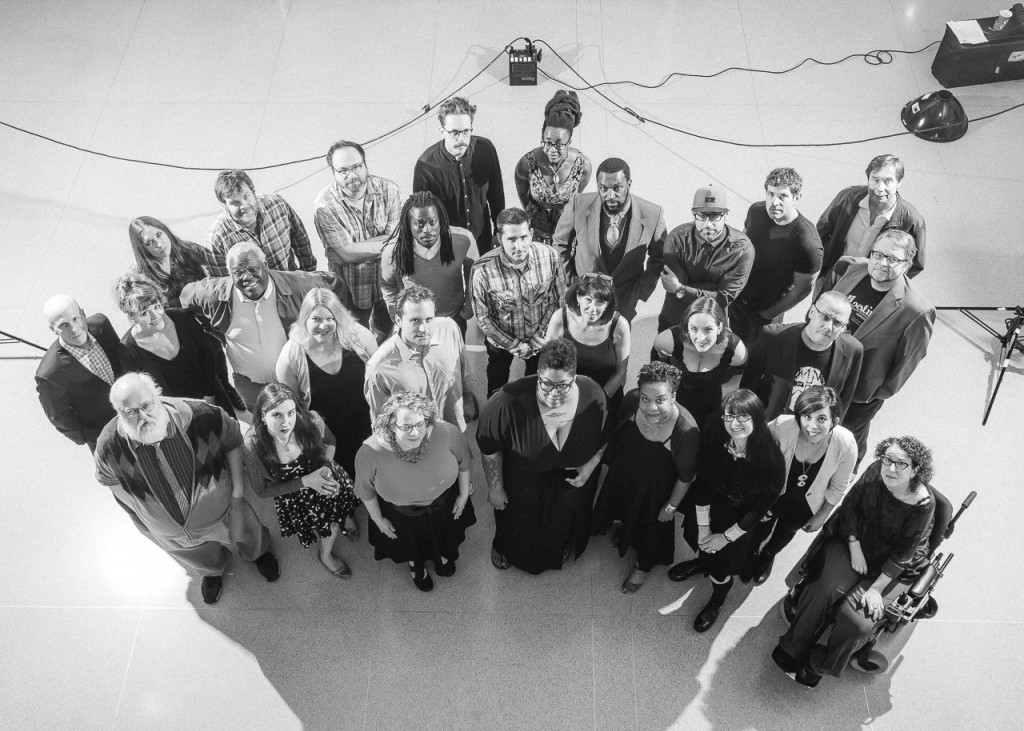 When we began work on the 2012 version of Lit 50, there were some 200 published writers on our long list. This year, there were 437. As always, trimming the list to a mere fifty writers required a certain kind of agony (and a few sleepless nights), but we’re proud of the list we gathered here, and we feel it celebrates the wealth of talent and diversity of Chicago’s literary community. Close followers of Lit 50 will know this year’s list celebrates writers across all forms: novelists, essayists, poets, graphic novelists, playwrights. Our call to local literary folk yielded a wealth of celebratory news: overseas teaching offers, sealed book deals, hard-earned fellowships and awards. It also introduced dozens of writers that were not already known to us. We’re proud that this year’s Lit 50 includes seventeen writers who are making their first appearance on this list, including Chris Abani, the Nigerian-born writer who escaped a death row sentence in 1991 and now teaches graduate students at Northwestern University. We’re thrilled to add Lindsay Hunter, Cristina Henriquez, and Kate Harding, women whose voices we’ve long admired and whose forthcoming books we’re impatient to read. We’re also eager to welcome a handful of poets, including Roger Reeves, Parneshia Jones, and Roger Bonair-Agard. It’s our crazy hope that in 2016, the “short” list will have doubled once more. But someone’s going to have to bring us some whiskey.

Zayd Dohrn
Son to the famed Weather Underground leaders Bernardine Dohrn and Bill Ayers, Zayd Dohrn has chosen a vehicle more gentle than protest for his rhetoric: theater. Surely political in their thrust, Dohrn’s plays (“Sick” being his most known) also effortlessly reflect the strange constraints of a childhood spent in hiding with his family. Dohrn translates his biography to telling, oft-funny parables about the limits that moving so actively against the political grain create for people. “Sick” is a prodding contemplation of a humanity that seeks the isolation he once had as the world becomes an increasingly transparent place, more and more bereft of hidden spots. Dohrn professes to be more interested in art than politics, but his career’s work has been the crafting—and walking along—a treasured fence between the two.