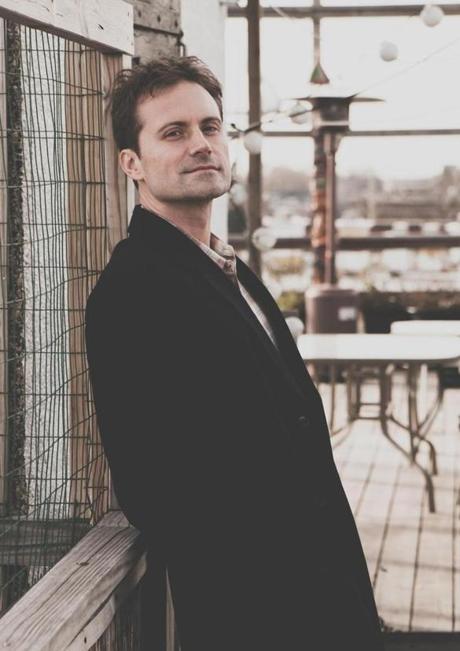 Zayd Dohrn is a playwright with good timing. He wrote the tense two-hander “Muckrakers” with the travails of Julian Assange — including the Australian’s efforts to leak a voluminous number of secret US government documents through the whistleblowing organization WikiLeaks, as well as the sexual assault charges he later faced — in mind. When the play made its world premiere in 2013 at Barrington Stage Company in Pittsfield, it did so only days after former National Security Agency contractor Edward Snowden began leaking classified documents related to secret state surveillance.

Dohrn is the son of Bill Ayers and Bernadine Dohrn, one-time Weather Underground activists — and longtime fugitives from justice, though they eventually evaded jail time — who were thrust into the news in 2008 when Republican vice presidential nominee Sarah Palin described then-Democratic presidential nominee Barack Obama’s relationship with them as “palling around with terrorists.”

“Muckrakers,” which depicts an evening spent together by an Assange-like figure and a young American activist who defiantly puts to the test her views about total personal transparency, begins performances Saturday at the New Repertory Theatre’s Black Box Theater in Watertown. Dohrn spoke to the Globe by phone from his home in Chicago.

Q. So when you heard about Wikileaks and Julian Assange, did you want to write a play that would dramatize some of the ideas about privacy and state secrets the situation prompted?

A. I wouldn’t put it like that. The idea developed in my mind of a fictional story of people who are ideologically committed to this idea that everything should be open, that we should know everything. With Julian Assange, it’s interesting to me as dramatic irony that someone who made his career out of leaking documents would have his private life so scrutinized — the idea that a 21st-century dissident, who has an ideology and politics that’s about openness and transparency, would find that to be a double-edged sword.

When you write a play that’s inspired by current events, you hope current events won’t outrun you and it won’t seem dated. When the Edward Snowden story broke the week of the world premiere at Barrington Stage, I guess it made the play more topical, but more importantly for me it made it more universal. It became less about Julian Assange and more about a theme that’s going to play out for all of us in the next decade, the idea that we’re coming again and again upon these people who feel they have a mission to expose damaging secrets. It’s fun to have

[a play] out in the world and to have its meaning change because of things happening in the world.

Q. The play argues various sides of the issue with eloquence. What’s your own view?

A. What’s fun as a playwright is to be able to wrestle with it, to voice both views and try to express the complexity of the issue with as much eloquence as I can. That being said, the way I feel is, state secrets can be very dangerous. So on some level I’m sympathetic to the idea that people feel that, in a democracy, we have the right to know what’s being done in our name.

But as the play probably makes clear, I’m uncomfortable with the idea that any person working at any level of the US government or a corporation can just use his or her own discretion to put out whatever secrets they want. What’s so complicated to me about the question is: We live in a free society and we make certain tradeoffs, but nobody seems to know where the line is in terms of how much the public has a right to know. And I think that question is going to be worked out, hopefully, in our lifetimes.

Q. You’ve said in the past that all your plays are about “people looking for homes in very weird places.” Does that apply to “Muckrakers”?

A. In a weird way it’s about belonging because it’s about two people from both sides of the ocean, very different in their outlooks, different generationally, but both of them feel like they’re living in societies that are fundamentally unjust and they’re looking for a way of rewriting society’s rules in a way that would be better. In this society, the way we hide things and the way we deal with privacy — those things are not working anymore. So how can we rewrite our rules to make them work? When I step back from all my work, it seems to have to do with questions of personal versus the political and how we value those things and what it means to live a politically, ideologically committed life. I think that’s probably part of why I’m drawn to Assange and Snowden, as 21st-century versions of the [Weather] Underground or those kinds of radical dissidents. I find those people interesting, even when I don’t agree with them.

Q. During the 2008 presidential campaign, one of the vice presidential nominees was calling your family a bunch of terrorists. That can’t be very pleasant. Or maybe it’s a badge of honor?

A. With someone like [Palin], maybe it is a badge of honor. It was very odd to watch somebody you know so well be caricatured in the news media. There were some very odd moments. When that story — or non-story — broke, I had a couple days of sitting with my family and watching as every news channel and every comedy show and everything else was suddenly talking about my family, but in the most strange and one-dimensional, caricatured way. I didn’t feel threatened or personally implicated, but it was truly surreal.