OUTSIDE PEOPLE published by Samuel French 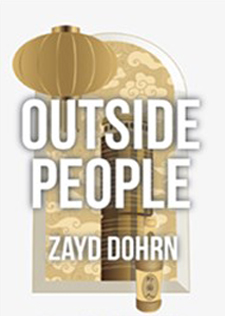 Outside People, which had its off-Broadway world premiere last year at the Vineyard Theatre, in a co-production with Naked Angels, was just published by Samuel French and is available at local bookstores and on Amazon.

A dark, comic look at China/U.S. relations – economic, political, and sexual. In modern-day Beijing, a young American guy falls for a Chinese girl and then struggles to understand where she’s coming from. A play about loneliness, culture-shock, language, and trying to make connections across borders.

“A funny, tightly written dramedy. Speaks clearly about the matters that unite us as well as those that keep us apart.” – Roma Torre, NY1

“An engaging new comedy of cultural misunderstanding… Dohrn deftly establishes the ways that tone – the elusive key for westerners struggling to master Mandarin – can take precedence over meaning… An affecting study of how love is, at heart, the struggle to establish a common language.” – Brendan Lemon, Financial Times